Barcelona is a city like no other with unusual architecture and something to discover on every street. But when is the best time to go? What tickets do you need for the Metro and what is there to do in Barcelona? We’ve got you covered with our complete Barcelona travel guide.

Looking for something in particular? Use the quick links below to jump to the exact section you want.

Things to do in Barcelona

Barcelona is a popular holiday location for it’s warm summer and mild winter.  August can be especially hot and humid, so if you’re not a fan of the heat you might want to go in May or June instead.

If you want to enjoy a bit of sun, avoid October and November, as it’s more likely to rain and be overcast.

The currency in Barcelona, Spain is the Euro – €

Unlike GBP and US dollars there aren’t many popular nicknames for the Euro.

Tipping culture is fairly relaxed in Barcelona. You are only expected to tip in restaurants at 5%-10% of the bill. In bars and cafés it’s also typical to round up the bill to the nearest Euro.

It’s a similar story when taking a taxi in Barcelona. It’s not necessary to tip but if you would like to say thank you for good service then you could give them €1 or €2.

The city has its own Wifi service called “Barcelona WiFi”. You can access hotspots in public areas including libraries, beaches and parks.

Look out for the blue W signs as these indicate when you are near a hotspot. The service isn’t available 24 hours a day. The typical time of availability is 08:00 to 01:00.

As with most cities you can also find free Wifi in most coffee shops and bar.

Things to do in Barcelona

Barcelona is a city with beautiful architecture, lively streets and great food. Whether you’re in the mood for a relaxing day on the beach, an afternoon in a museum or shopping at the market, there are always things to do in Barcelona. 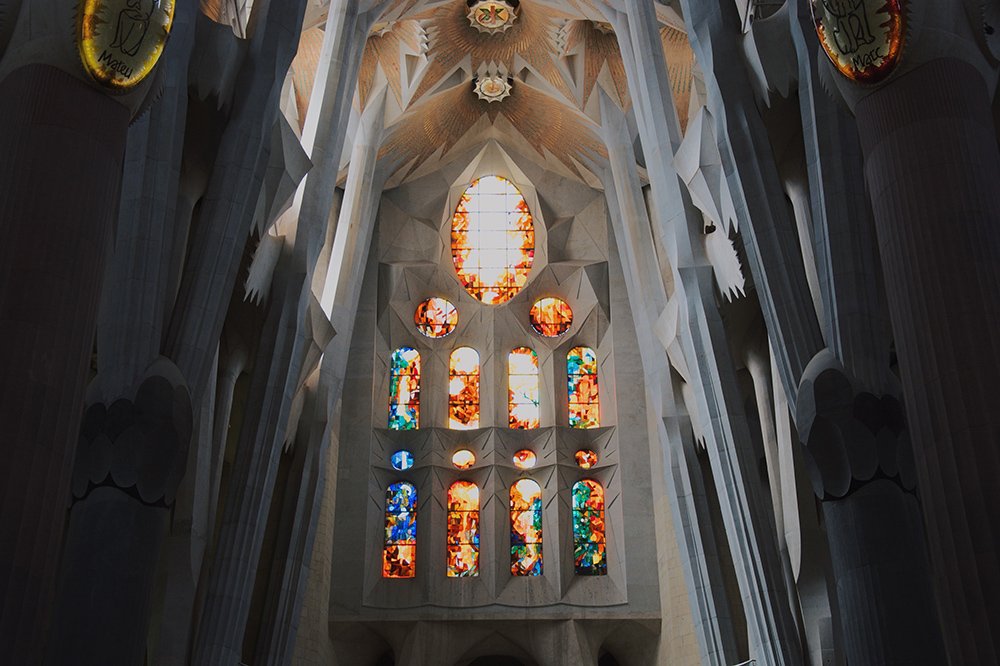 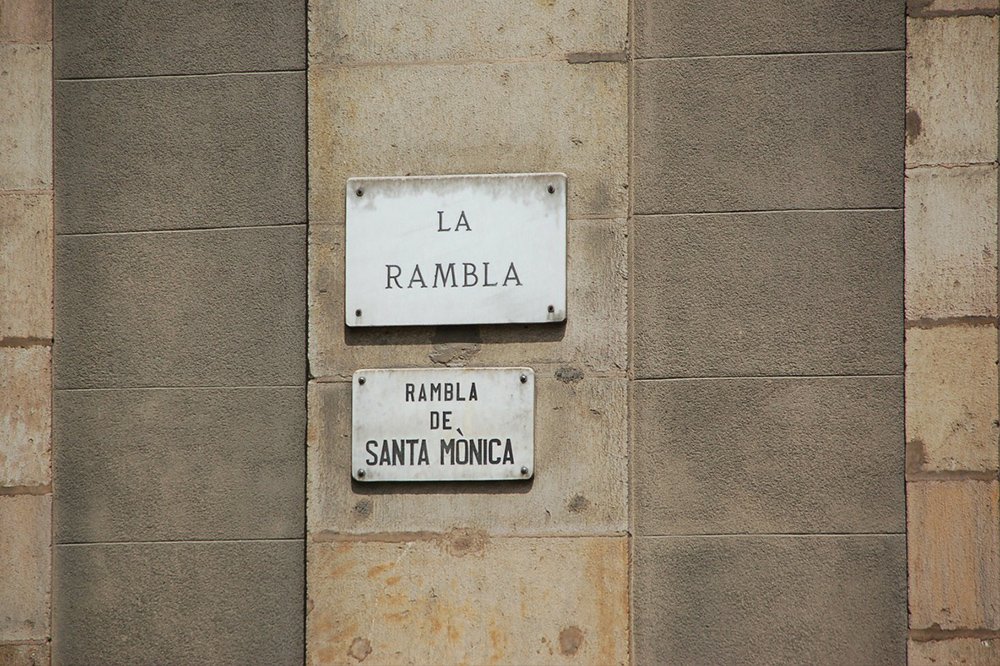 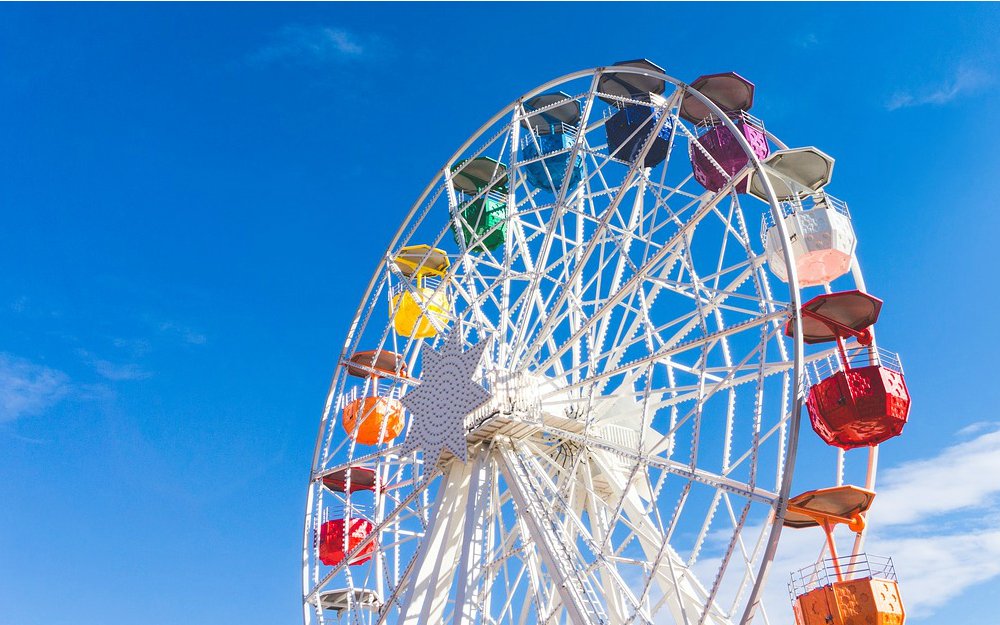 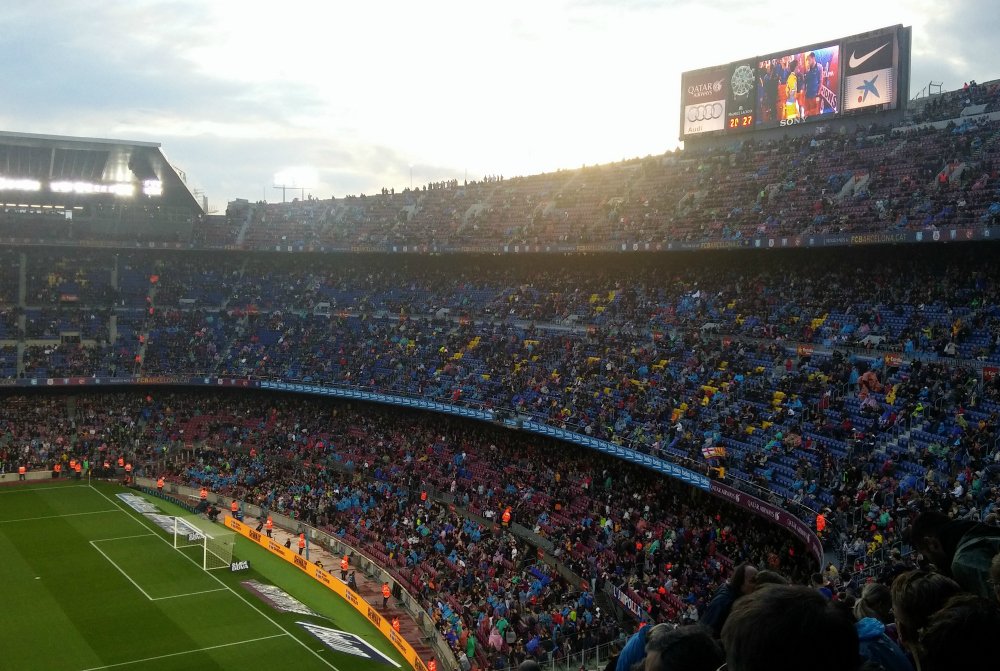 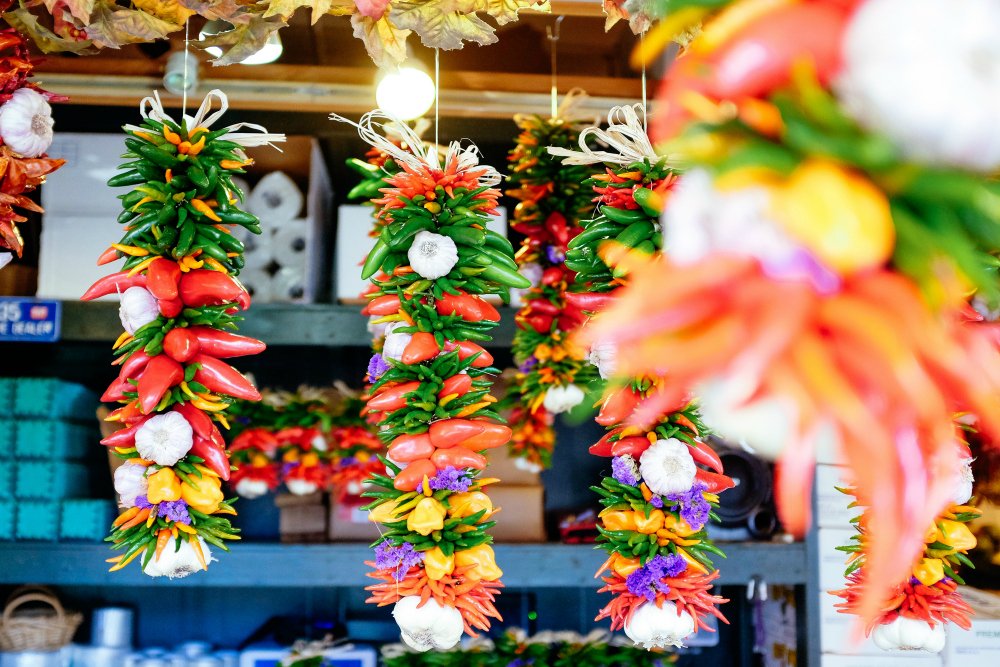 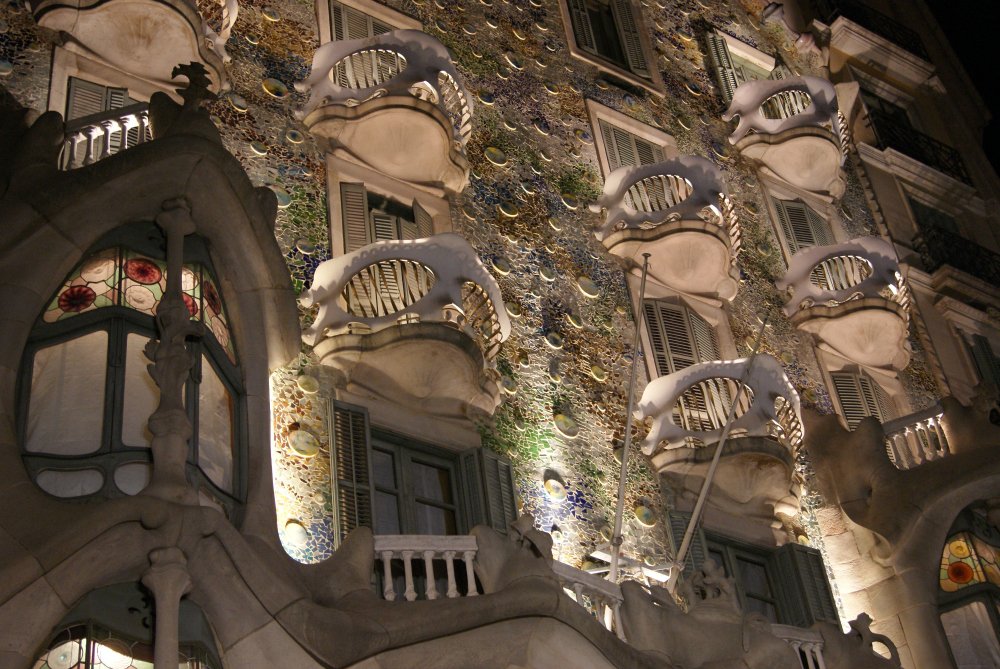 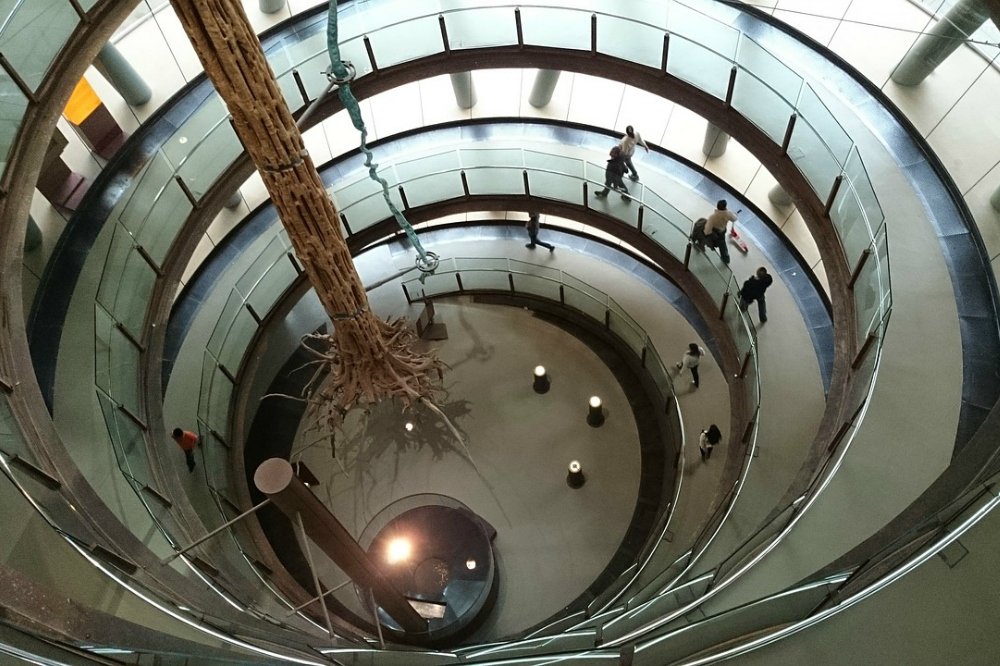 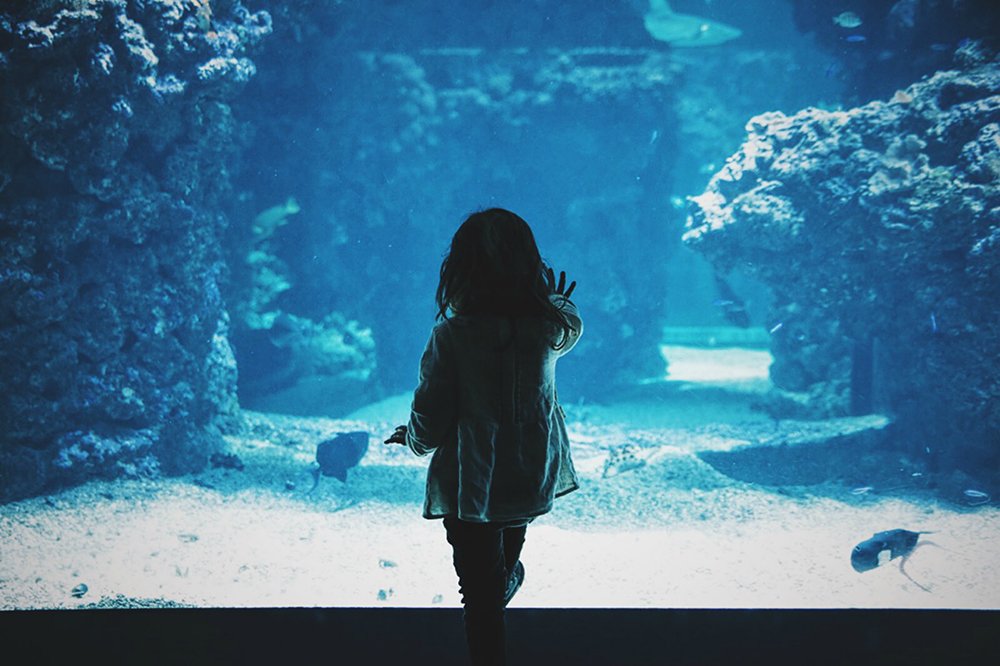 You cannot leave Barcelona without seeing La Sagrada Família. With its unique architecture, enormous size and breath-taking beauty, you haven’t seen anything like this before. It’s also known for being still under construction, over 130 years after it was started!

For a taste of Catalan culture, take a walk down La Rambla. Along the wide street are cultural attractions, buskers, souvenir kiosks, cafes and more.

For a change of pace, why not head up Tibidabo Mountain to the amusement park? The park originally opened in 1905 and is Spain’s longest running amusement park! We recommend having a go on the Muntanya Russa, a rollercoaster with an amazing view of the city.

Home to FC Barcelona, Camp Nou is an enormous stadium and one of the most visited locations in Barcelona. Watching a match here is a football fan’s dream but if you don’t have a ticket, you can still visit the Camp Nou Experience for a tour of the stadium.

A building that is home to a large public market in the Ciutat Vella district. This is a market with a long history (the first mention of it was in 1217) and is one of the best places to buy fresh produce in Barcelona.

This building is a masterpiece designed by Antoni Gaudí. Take a tour around the fantastical house and find surprises around every corner. There are different tours on offer, including an early morning visit where 20 people can look around before the doors open to the public.

Barcelona’s major science museum is a great place to go for a day out especially if you need something to keep the whole family busy. There’s a planetarium, interactive areas and exhibits with a range of themes.

Located close to the sea, this aquarium features a wide variety of sea life and things to do. The biggest highlight though, is the shark diving where you put on scuba diving gear and watch the sharks from inside a diving cage!

How to get around on the metro

The map of the Barcelona metro will be available to view in the metro stations. However if you need one to carry with you. This Barcelona Metro app includes the official TMB metro map and is free to download on iOS and Android. There is also a journey planner and step-by-step guides to help you get where you need to go and it works offline (so no worrying about Wifi and data!).

In case of an emergency call 112 for fire, ambulance or police services.

There are 3 main varieties of travel ticket and travel card you can use on the Barcelona metro. There are single tickets, Hola BCN! travel cards and multi-use transport tickets.

The single ticket can be used for one trip in Zone 1. All locations in Barcelona City are Zone 1, it’s only when you travel outside of the city that you will need a different type of ticket or card. A single ticket costs €2.40. However a ticket to or from the airport requires a special Airport ticket for €5.15.

Where to buy a ticket

Tickets Machines are at all Metro stations. You can pay by coins, notes or credit cards. All ticket machines are touchscreen, available in 8 languages and easy to use.

If you need help with buying a ticket, look out for a TMB assistant dressed in red.

Operating hours of the Barcelona metro

Saturdays: Starting at 05:00 continuous service throughout Saturday to Sunday night.

Accessibility on the Barcelona Metro

The entire TMB Barcelona metro network is adapted for wheelchair users with the exception of these stations:

TMB has adapted many of their facilities to be more accessible so you will find voice-guided ticket machines and if you go to a customer service centre there are metro guides in Braille.

Did you know? Every metro station that has been built or refurbished since 1992 is fully accessible.

While the metro is quicker, there are some places that it doesn’t reach and when that happens you can usually get the bus there. If you’re catching a bus remember to validate you travel card in the machine if you have one. Try to have it in your hand so you don’t hold anyone up.

You can also buy a ticket on the bus using contactless payment methods. A single journey costs €2.40.

The entire bus network is completely accessible for people with reduced mobility.

Barcelona is a city filled with things to do and places to see. A lot of tourist attractions and popular places can be reached by using an alternative form of transport such as the cable car or tram.

But be aware that you can’t use a TMB travel card or ticket for these. Instead you will need to buy tickets from the Hola Barcelona website.

If you are taking the Tramvia Blau, the historic tram, you can buy your ticket on board.

Montjuïc Funicular Railway: Connects the metro to the Olympic Ring and Montjuïc park.

Montjuïc Cable Car: Goes from the Funicular train station to the top of the mountain. You can see the city from above as you are carried to Montjuïc castle.

Barcelona Bus Turístic: A bus that takes you on a tour of Barcelona’s landmarks including Sagrada Família, Camp Nou and La Rambla.

Catalunya Bus Turístic: A tour bus that goes beyond Barcelona to let you explore Montserrat and the city of Girona.

Barcelona Night Tour Bus: A bus that tours the city to show you Barcelona’s landmarks lit-up at night.